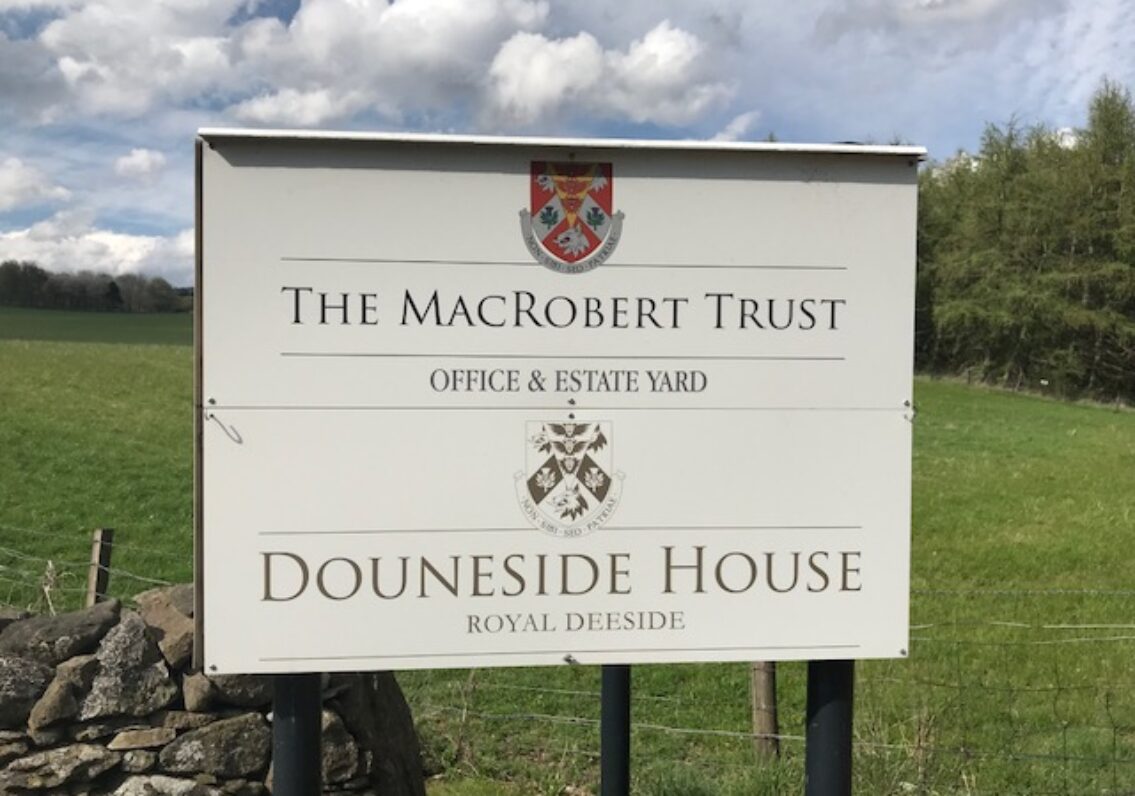 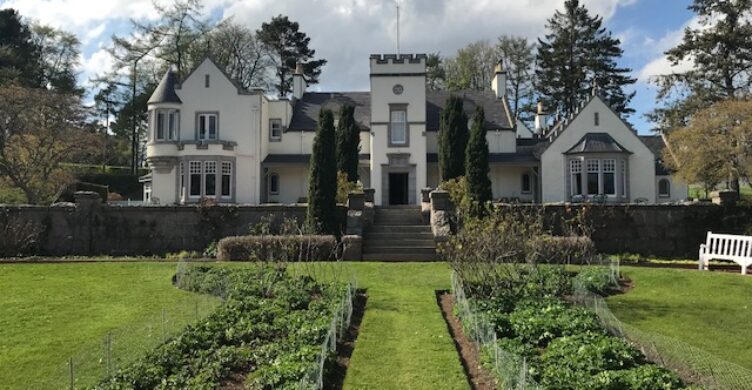 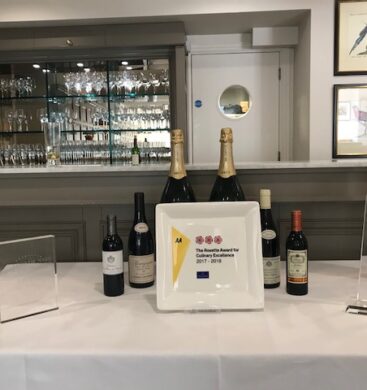 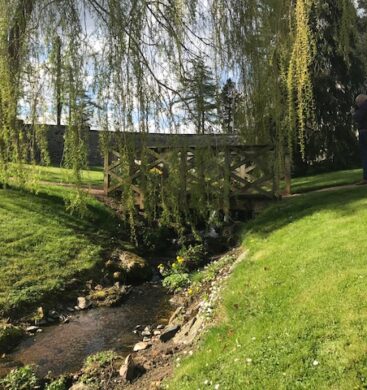 Fresh from a win at the prestigious Scottish Hotel Awards, Douneside House extended an invite to Must Visit Scotland, to bask in their glory and enjoy a 6-course tasting menu with wines, crafted by Head Chef, David Butters, on whose merits, Douneside was awarded ‘Hotel Chef of the Year 2018.’

It was later to become apparent, the reasons why the Royal Deeside hotel gained not only this accolade but ‘Fine Dining Hotel of the Year.’

Run by the not-for-profit MacRobert Trust; last year alone, donating £1 million to charitable causes; Douneside House opened its doors, as a hotel, in June 2016 and already boasts the only triple AA rosette restaurant in Aberdeenshire. As an additional accolade, Douneside is the AA Hotel of the Year Scotland 2017/18 and its magnificent grounds are recognised as a Partner Garden to the Royal Horticultural Society.

Many facets, appealing to wide-ranging groups of people, the relatively small, 13-bedroom hotel is a popular choice, not least of all, to military and ex-military personnel. Lucky then, that the property also boasts a range of holiday apartments and cottages, expanding capacity for an ever-growing demand.

The military aspect is strong at Douneside, due to the family history of the house, which tells an unfortunate story of a family beset by tragedy, yet stoic in adversity.

Douneside was originally purchased by Sir Alexander MacRobert, in 1888, as a holiday home for his family. Sir Alexander and Lady MacRobert had three sons, all of whom died under tragic circumstances. The eldest, Sir Alasdair, was killed in pre-war times during an aviation accident in Luton. His younger brothers were both commissioned in the Royal Air Force, Sir Roderic as a pilot and Sir Ian as a pilot officer. Both of them were killed within six weeks of each other during the Second World War. The MacRobert family were well known locally as significant philanthropists, which is why, following her sons’ deaths, Lady MacRobert decided to set up a charitable trust in their honour.

The tranquility pervades the entire property, with the ambience matching that of a country home, more than of a hotel, as if Lady MacRobert herself, is welcoming you.

The grounds are a manicured joy, with guests free to roam around the expansive lawns, pathways and woodlands, offering fabulous views of the surrounding countryside. A surprising find within the gardens, is a spa with pool, sauna, gym and games room – a definite departure from the traditional home, yet fitting, within it’s serene setting.

Family mementos are present throughout the house; portraits, collections, ornaments and military memorabilia, not least of all, items relating to ‘MacRoberts Reply’, the aircraft purchased by the RAF following Lady MacRobert’s donation. The chosen bomber was a Stirling of XV Squadron, which was handed over in October 1941 to its first captain, Flying Officer PJS Boggis, who captained it on twelve operational missions. Today, a tribute and statue of MacRobert’s Reply stands proud in front of Douneside.

As guests for dinner, a welcoming G’nT awaited in the lounge bar and a pretty selection of Hors d’oeuvre provided an introduction to the evening ahead. A large gathering gradually dispersed to various restaurant areas and some to the new and exclusive Dining Club – a recent addition at Douneside.

Intimate candlelit tables visible through the Douneside windows, and gatherings of friends again aroused a homely feel, hosted, I am sure, by Lady MacRobert herself.

Choosing not to view the menu in advance, each course of the tasting menu was a surprise and reliably related by the restaurant manager and equally accomplished sommelier. I am a huge fan of beetroot, however never before have I experienced beetroot ice-cream, which formed the main ingredient in the first course. Accompanied by candied walnut, lardo and Granny Smith apple, this was beetroot in it’s best attire. Just enough to be memorable and served with a Delamotte champagne, the tastes were quite unbelievable.

Timed to perfection, the wood pigeon was served; complete with quail egg, carrot, radish and a consomme which had been matured for two days. A Pedro Ximenez sherry was the again, surprising accompaniment to this course, which all made sense when tasted together – possibly the favourite dish of the evening.

With the Spey not too distant; a locally sourced oak smoked salmon with cockles, cucumber and lemon was served next. The selected wine was a Gewurztraminer – a classic French signature, from a small village winery in Northern Alsace, and once again, perfect!

As it is May, a seasonality approach was of course present in the next dish of lamb – sourced over the hill at Wark Farm. Spring pea, pomme terrine and chantenay carrots accompanied, vying for first positioning in terms of favourites of the evening. A fruity yet full-bodied Zinfandel was so good that a top-up was served for a break before the next course.

A passion fruit brulee with watermelon, honeycomb and banana sorbet was followed by a white chocolate parfait, accompanied by marshmallow, meringue, chocolate crumb and a Quady Elysium Black Muscat from California – just beautiful.

The evening had all but disappeared, however to sample David Butters’ selection of artfully crafted courses, on the back of his very recent win was an absolute joy and a topical masterpiece.

Time only for a late walk around the grounds and just mild enough to enjoy a coffee in front of Douneside, before bed.

No-one can fail to be moved by the story at Douneside; but now it has a new story and a new chapter as the house and its ‘people of excellence’ superbly managed by Marcel Wassen, are justly recognized for their individual and team efforts in bringing that story to the spotlight once again.

One of the things I love about Scotland is the history everywhere you look. Douneside leads with it’s history and not a particularly happy one but one which has turned a series of unhappy events into a legacy and the wonderful, edifying property it exists as, to enjoy today.