Mouton Cadet’s Pitch perfect pairing at the Home of Golf 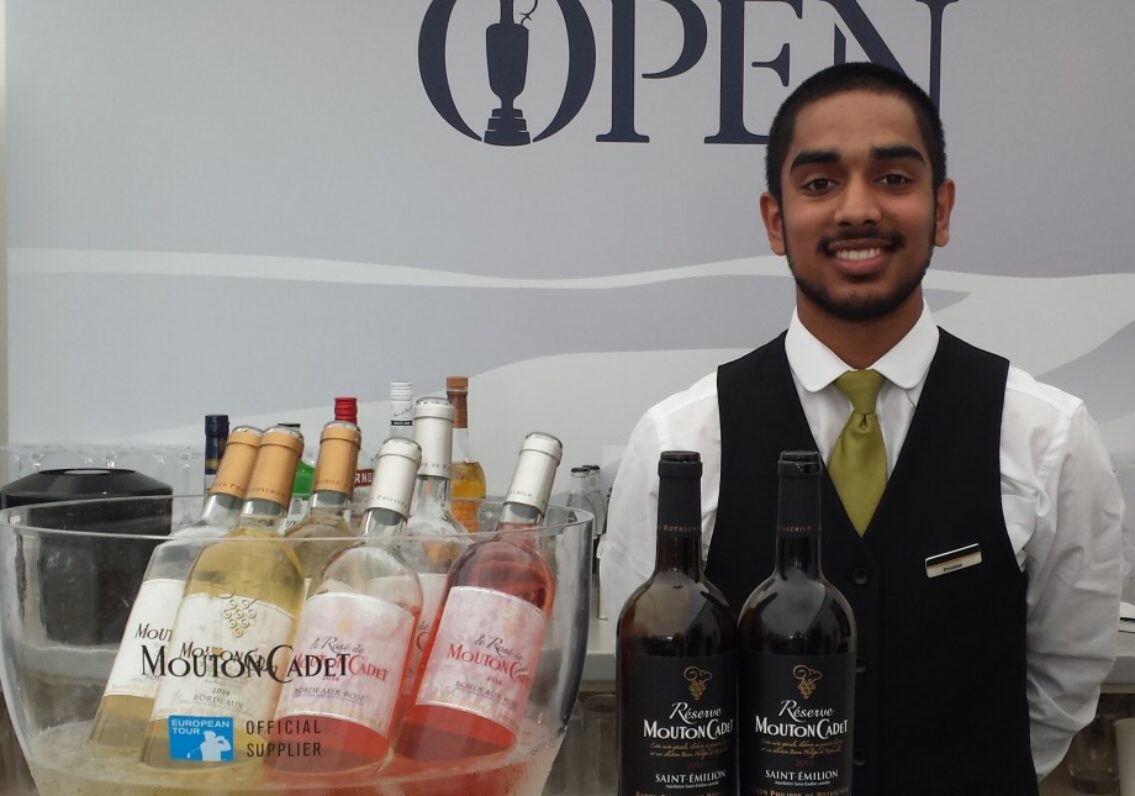 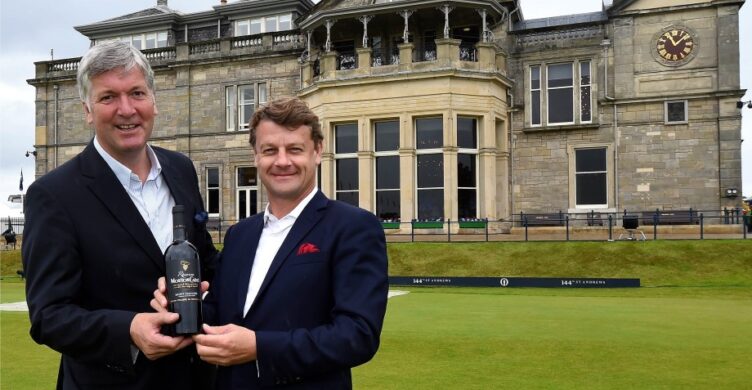 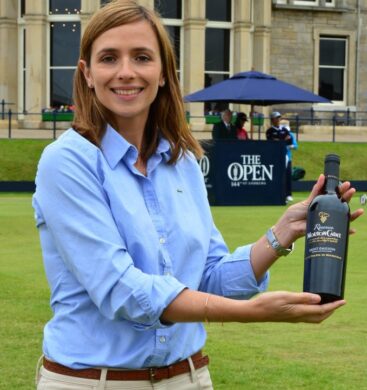 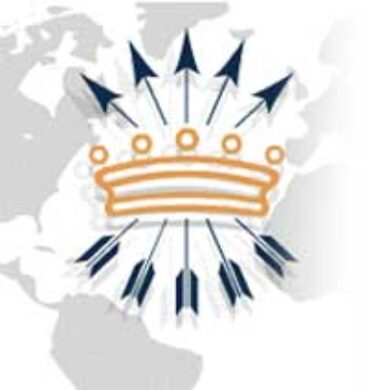 This year’s Open Golf Championship has certainly been a game of mixed fortunes, presenting difficult and challenging conditions all round, in the face of which, some prospered and some fell, under typically intense Press scrutiny. With Mother Nature flexing her vast muscle, patience came to the fore and there lay the first of many, analogies drawn between golf and wine, at a celebratory lunch hosted by Baron Philippe de Rothschild brand, Mouton Cadet.

“Technical uncertainties and unpredictable conditions are factors we, as wine growers, deal with each day. It is the same in golf; in order to grow and thrive, it is necessary to demonstrate patience and a great humility“

A chance meet during the European Tour, inspired the dream partnership between golf’s oldest championship and Baron Philippe de Rothschild’s fabulous wine brand – Mouton Cadet; the commencement of a three-year partnership as Official Wine Supplier to The Open, launching, under the glorious backdrop of St Andrews – the Home of Golf.

This organic partnership, so typical of the Rothschild style, has blossomed with strengthened links to the world of golf, since the universally recognized brand was named Official Supplier to the European Tour and also the legendary Ryder Cup, with The Open, forming the Triple Crown, so to speak.

With strong family values at the heart of all their commercial projects, the Baron Philippe de Rothschild brand of Mouton Cadet (Cadet is translated as ‘little brother’) is a natural fit for Scotland’s first sport; key values of heritage, dedication and a passion for the pursuit of excellence, behind both success stories.

Furthermore, this partnership could not have picked a better inaugural year; “Scotland’s Year of Food and Drink”, where showcasing of fabulous culinary partnerships and new products is under the ever more watchful eye of a vast, discerning, global audience.

Known to be a man ahead of his time, Baron Philippe de Rothschild (1902-1988), the youngest of the de Rothschild family (cadet); was keen to display the richness of the prestigious Bordeaux region to a wider audience, sharing the “emotion of wine-drinking” with customers all over the world. He has indeed, left as his legacy, the Mouton Cadet brand – fine Bordeaux wines, accessible to everyone, as Mouton Cadet is now the world’s leading Bordeaux AOC branded wine, selling over 12 million bottles a year in 150 countries around the world.

It is here, another parallel is drawn; a continuously evolving, unique style is dependent on different grape varieties and the maturation of a high quality crop, to strike the perfect balance at the point of harvest. Golf, like wine, is a refined art with exacting standards, drawing on the best available resources to perfect and deliver.

Indeed, perfection was served up with an effortlessly executed lunch in the Swilcan Suite, thus named, after the renowned bridge which spans the Swilcan Burn between the first and eighteenth fairways on the Old Course; itself a cultural icon of the sport. Typically Scottish ingredients ( the Fife Lamb was a particular highlight) were matched superbly with Mouton Cadet’s Bordeaux wines, a perfect alliance and fabulous tools of conviviality – a common factor in both winemaking (and drinking) and Scotland’s great sport.

A blend of classic varieties of Sauvignon Blanc, Semillon and Muscadelle, give the Mouton Cadet Blanc 2014, fresh fruity and floral aromas with a distinctive aromatic character. An easy drink, with a light summery appeal, our ‘ice-breaker’ wine was perfect for a sunny day on the course – there were hints of sun behind a distinctive and all too familiar ‘changeable’ Scottish sky-line!

Traditional Bordeaux varieties of Merlot, Cabernet Franc and Cabernet Sauvignon are blended in varying quantities in the Mouton Cadet Rose 2014. A perfectly pretty bottle, refined, yet fun, drew yet another analogy and added a little bit of sparkle and glitter to the lunchtime event.

A colourful trio was completed with a Saint-Emilion Mouton Cadet Reserve, with intense, glittering purple tones and a spicy, cherry taste. A typically full-bodied red, this is one of the most popular wines from Saint-Emilion – a prominent wine town, in terms of quality and quantity, in the Libournais district of Bordeaux.

Sitting with Hugues during lunch and having thus learned of the numerous parallels and similarities between the world of wine and that of golf (he is himself, an acclaimed golfer, but rather humbly wouldn’t admit to any great skill). Passion on the other hand, poured from each pore and a strengthened partnership, no doubt evolving as a result of this great love of both worlds.

Hugues is unashamedly delighted therefore that Mouton Cadet is enhancing its close ties with the world of professional golf and recognizes the similarities between his two passions are both apparent and a fabulous discussion point.

He talks fervently about the wines constantly evolving from one vintage to the next and differing perceptions of the same game.

As the Brand Owner he is excited about the commencement of the three year agreement which sees Mouton Cadet named Official Wine Supplier to The Open; golf’s oldest Championship:

“Mouton Cadet’s association with golf is a natural fit and I am delighted that our brand has been selected as the Official Wine Supplier to The Open as we share the same values of heritage, conviviality and the pursuit of excellence. For 85 years Mouton Cadet has been producing high quality wines to bring pleasure to consumers around the world, and since 1860 The Open has been producing a legacy of great international Champions.”

So, as Baron Philippe de Rothschild is driven by a constant ambition, to make the best wines in the world, golfers in St Andrews battle it out in pursuit of the claret jug and the acclaimed title of Open Champion.