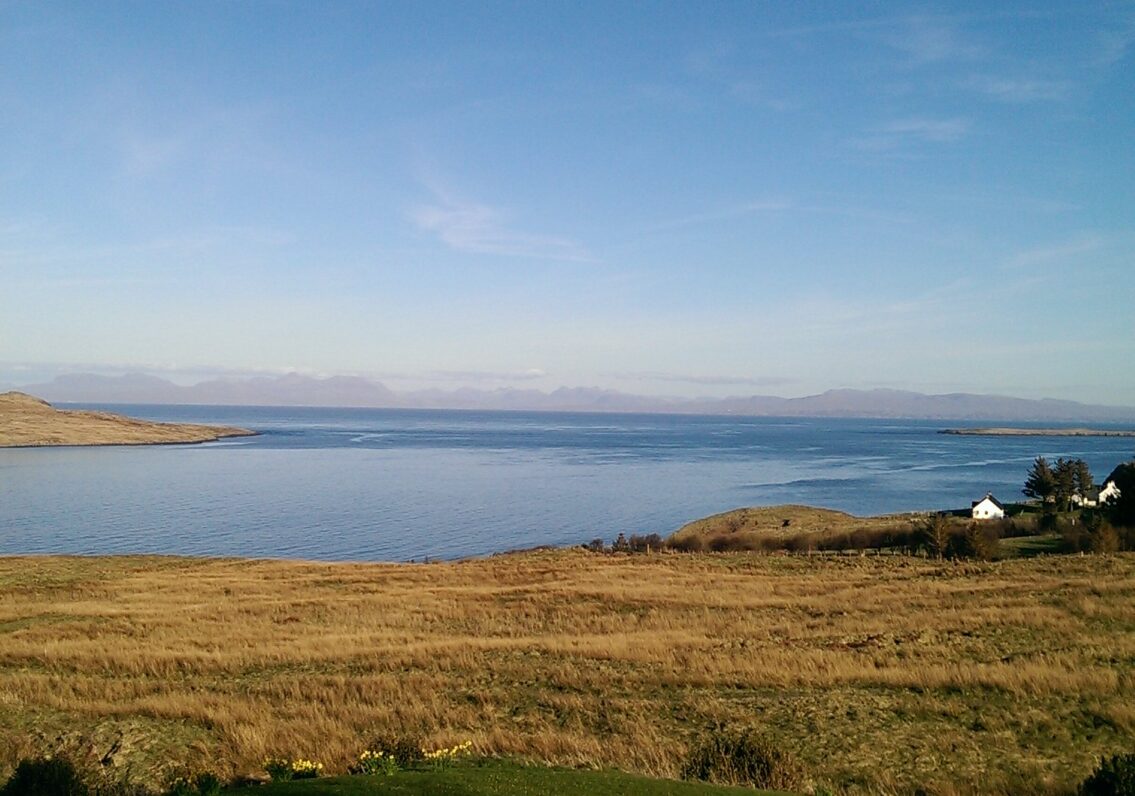 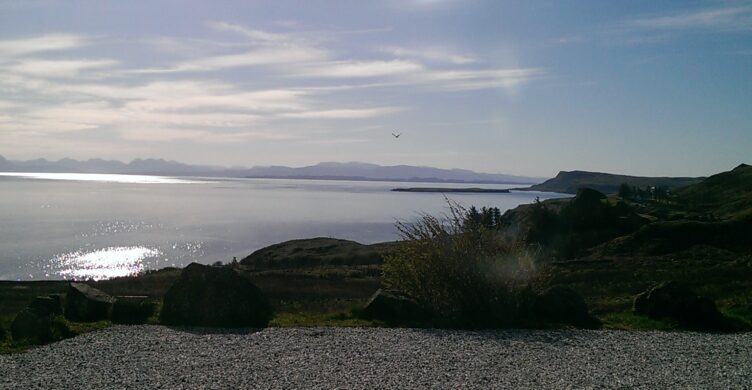 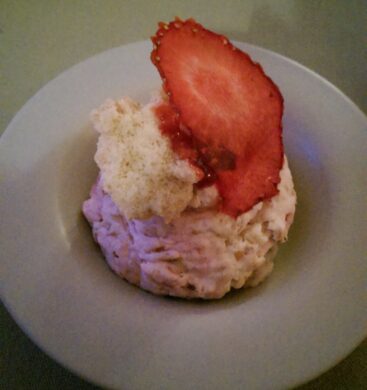 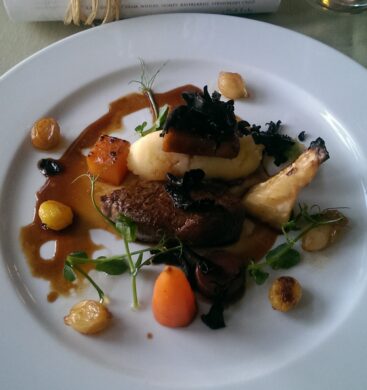 As if the magnificent drive up to the north of Skye wasn’t enough, we were greeted upon arrival at the Flodigarry Hotel by their very own Lone Piper playing for us as we weaved our way down the hillside driveway. Silhouetted perfectly with two deer sculptures against the late afternoon light, we felt we had arrived at a very special place right from the start.

Flodigarry Hotel, which has been in existence since 1928, has been recently refurbished and revamped by Bette and Paul, who have been proud owners of the hotel for two years. We were delighted to be invited to their launch evening to celebrate their marvellous work.

Upon arrival, we were shown to the Flora MacDonald Cottages to relax and freshen up before the launch evening began, and what a pleasure it was to see this part of the hotel. Our cottage contained a large open plan bedroom and living area with a luxurious bathroom with free-standing bath tub. A much appreciated haven after the long journey. After a quick walk around the grounds and a chance to snap some photographs of the truly stunning views over to the mainland, we were welcomed inside the hotel for a champagne reception.

Every inch of the hotel has been considered in the revamp and as we moved through the public rooms and conservatory, we didn’t stop talking about the quirky furnishings and eye-catching décor. A particular favourite was the chess board in the conservatory, I can quite imagine a Sunday afternoon, relaxing by the log fire, enjoying a game with a dram of whisky. Bette and Paul mingled with everyone, introducing themselves and the whole team to each and every invitee, a charming touch. We learned some of the stories of the furnishings including the tribulations of having new furniture delivered to the very north of Skye in Winter. An intriguing use of natural materials brought inside worked very well, demonstrated in the hotel reception with their slate, wood and moss centre table, which I saw draw everyone in as soon as they entered the room. The owners have a real eye for design and the entire hotel was decorated superbly.

After time to enjoy the surroundings and meet some of the other guests, we were invited through to the dining room where we were seated at a communal table, overlooking the water. A lovely opportunity to get to know some fellow attendees and indeed, we came away from the night exchanging numbers and email addresses.

What proceeded was a delectable nine course tasting menu, which as Bette explained to our group, was “a chance to show what we do”. The first few courses were each presented uniquely: on slate; log platters formed from trees on the grounds; straw beds shaped like fish and each perfectly matched with a wine about which the wait-staff were very knowledgeable. ‘The Skinny Duck’ was a triumph – a slice of maple smoked duck, sweet apple, rillettes of duck leg with fig and walnut were the perfect combination and left us all wanting to try more. Some larger portions were served later on in the meal and the ‘Highland Moooo’ (Fillet of beef, black truffle potato, pearl onions, cep puree, beef flank, carrot, trompets with a Pedro Ximenez jus) was unanimously wiped clean by the entire group.

At the end of the meal, head chef Mark Greave came out to talk to each table. One took away the impression that the restaurant team work well together, placing the utmost importance on knowing as much as possible about the sources of everything on the plates they serve. Each creatively named course (Drunken Sailor, Black Ocean) was presented with a little background on where the ingredients were sourced, many of them local to Skye and the West of Scotland.

After the meal, we were all invited through to the bar, to listen to some live music by a local group who played a mix of traditional folk music and popular covers. Throughout the evening, many of the Flodigarry staff got up to join in, playing their own instruments and singing for us. We retired for the evening leaving a group of locals singing along with the band.

Our bedroom was a beautiful sea view room with gigantean bed and luxe décor blending traditional Scottish themes with modern luxury. Plush velvet armchairs by the wide windows provided the perfect place to sit the next morning to watch the sun rise over the Scottish mainland.

Before our journey home the next morning, we were welcomed downstairs again to the dining room, which was re-arranged for breakfast. The room will serve the hotel well, providing plenty of room for groups and functions as well as standard restaurant service.

Bette and Paul have done a tremendous job at Flodigarry. Not only have they hit the nail on the head with the restaurant, they have the perfect accommodation to match and it was a true delight to stay. With plans to remain open throughout the winter season this year, Flodigarry will make the perfect winter weekend getaway and I for one am already planning another visit up to The Hotel In The Skye.