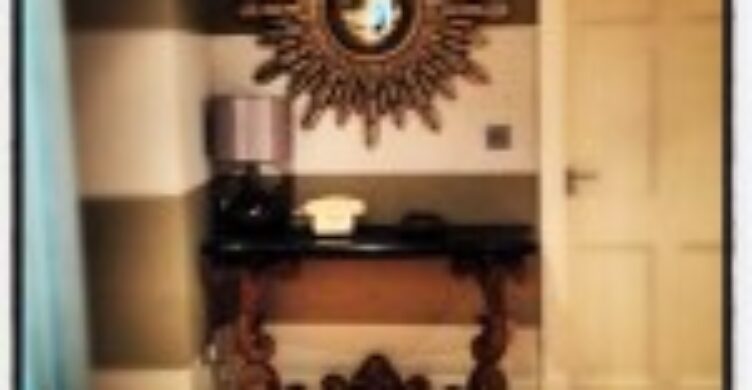 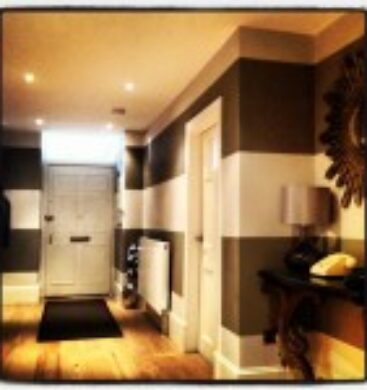 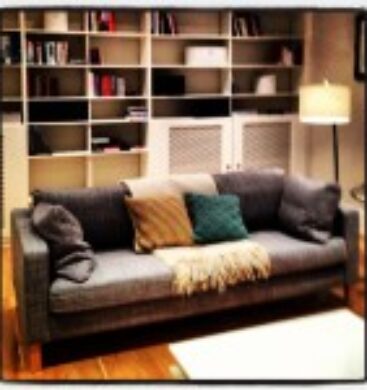 In esteemed company indeed, albeit 200 years apart, the geographical location matched and I was in awe of spending time at one of the known homes in Edinburgh of the great literally wonder that is Sir Walter Scott.

Historical novelist playwright and poet, famed throughout the globe, Scots born Scott lived and worked here between 1802 and 1826.

A chic, modern, welcoming and bright space has been created at the garden level of what was the literary genius’ home in North Castle Street and is now fabulously stylish, city centre accommodation, known as The Scott Apartment.

The marvel of entering his home is akin to uncovering some rare historical artefacts, however, is countered by the homely, welcoming atmosphere and aura of relaxed calm and quiet, defying the city centre location.

Fabulous bay windows from the main living area afford great light on a room, housing his many works, which guests are at liberty to browse, possibly in the very space in which they were written. Fixtures and furnishings are simple and not unnecessary, with abundant reading material, perhaps not surprising within a house dedicated to the life of one of history’s great writers.

Perhaps the most striking feature of this apartment is the space and light, both of which are plentiful and a pleasant surprise considering the city centre basement location. The kitchen especially, flows neatly out to a back patio area, floodlit at night and furnished with table and chairs; perfect for a Summer’s evening drinks and dinner, although we did manage to spend at least some time in the secret garden as we named it, on a wet April evening, before rather reluctantly leaving for a neighbourhood restaurant.

Consideration was made for daily essentials within the super equipped kitchen and thoughtful little touches, such as fresh flowers made the welcome even more warm and the decision to head out into the city for dinner, even more difficult.

We were caught between the endless possibilities presented by having George Street, literally on the doorstep and a comfortable, intriguing, luxury apartment in which we were already ensconced, debating the life of Scott himself and reminding ourselves of his rather well-known works, over a glass or two of bubbly.

However, the New Town awaited, with a glorious choice of opportunities and venues; something to suit every taste and mood; no taxi required. Conversation over dinner remained focussed on The Scott Apartment; location, provision and the many other afforded benefits we could easily identify from the luxury of such a delightful place to stay – oh to have more time to take advantage of the endless possibilities from our home of one night in Edinburgh.

Watched over by another historic guardian of the city; Edinburgh Castle in all her floodlit glory, was the ever watchful eye over our stay, never far from view and a comforting sight on our return to North Castle Street.

Sleeping quarters take the form of two spacious and comfortable double bedrooms, each with their own chic bathroom, one of which, a surprising find, behind panelled doors and accessed down a warren-like passageway, rather like a scene from Alice in Wonderland and yet another unique feature, typical of more architecturally traditional Edinburgh.

Comfortable sleep came swiftly and a peaceful night was enjoyed, waking to sun flooding in through the basement windows and the sounds of a day about to start, under the watchful eye of the city’s stronghold.

The Scott Apartment is a peaceful sanctuary amidst the bustle of city centre life, perfectly located, welcoming and an ideal abode, from which to learn, discover and enjoy all the delights both within and outside the four walls.